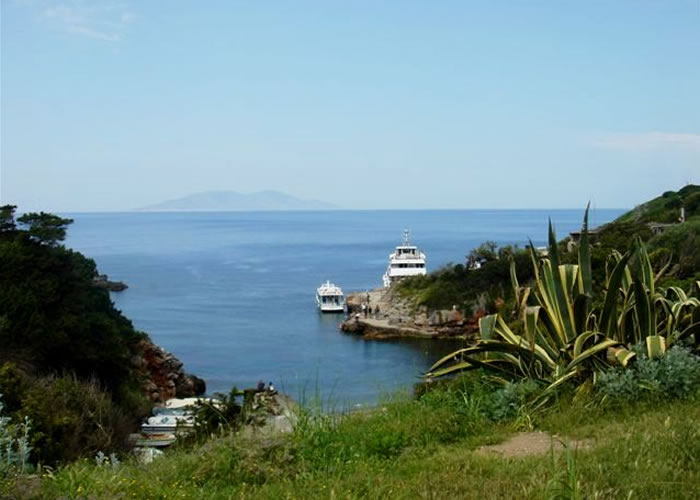 Seven main islands – Elba, Capraia, Montecristo, Pianosa, Giannutri, Gorgona and Giglio – legend has it that the islands are the seven pearls that re-surfaced from the necklace Venus lost while swimming in the crystal-clear Mediterranean.

The Tuscan archipelago is a heavenly paradise ofbreathtaking beauty and uncontaminated natural charm that attracts tourists all year round.

Since 1996 the island have been under the protection of the Parco Nazionale dell’Arcipelago Toscano, Europe’s largest marine reserve, incorporating 61,474 hectares of sea and 17,694 of terrain.

The island of Giglio.

The The island can be reached by ferry from Porto Santo Stefano (80km from the Fattoria del Baccinello).

Giglio is the easiest island to reach from the Fattoria

del Baccinello and the second largest in the Tuscan archipelago after Elba (covering an area of 2,120km2).
There are three main settlements on the island: Giglio Porto, Giglio Castello and Campese, each of which are small picturesque villages filled with multi-coloured houses.
Ninety percent of the island is still uncontaminated, natural landscape offering adventurous trails and inviting walks.

With its predominantly mountainous terrain and crystal-clear emerald sea, the island of Giglio offers a range of striking panoramas with views over the archipelago from the highest point at Poggio della Pagana (496 m above sea level).
It is very popular for scuba diving as it is considered to have one of the most interesting ocean floors in Italy.