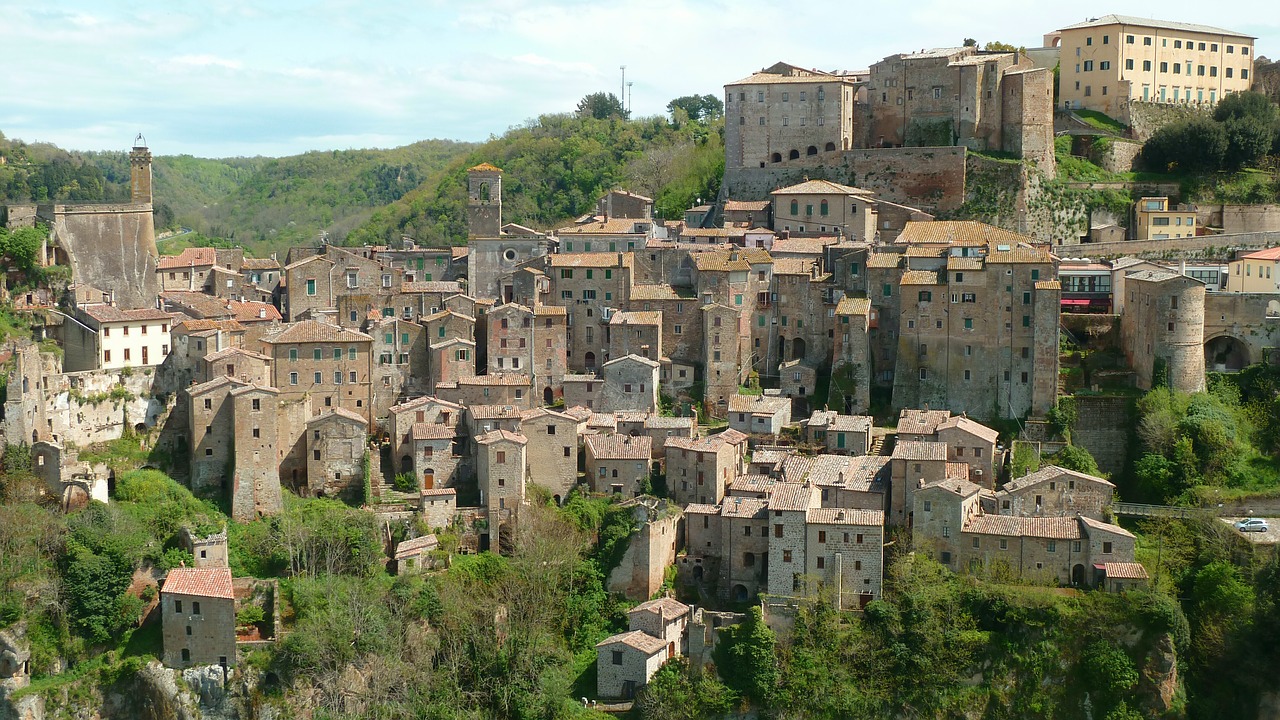 The three towns that form this protected area are Pitigliano, Sorano and Manciano.

The most characteristic geological component of the area, tufa, is a building material used since ancient times to construct tombs, stores and houses and create the ‘tufi’, the typical building material of the Maremman hill-towns and villages.

The ‘Vie Cave’ Etruscan pathways, the tufa canyons used since antiquity and various remains from the Etruscan period offer a variety of walks amongst necropolises, grottoes, tombs and the ancient ruins of settlements.

The most important town in this part of Etruria was Vulci, the birthplace of Servius Tullius. Its most important necropolises were undoubtedly those in Poggio Buco, (known in ancient times as Statonia), and also in Sovana (also known as Suana).